There is currently no ladder available
Catchup on all the latest action from ${round}!
Previous
Next
Loading…
Watch every match live and on-demand...
Loading…

Young key forward Josh Schache was drafted as a match-winner, and that potential was realised on Sunday with his performance earning selection in the round two Team of the Week, brought to you by AccorHotels.

The Western Bulldogs pulled off a barnstorming finish to boot nine goals in the final quarter to reel Hawthorn in and the No.2 overall pick from the 2015 NAB AFL Draft kicked three of them.

He's struggled to have an impact at both Brisbane and the Dogs, but this might be a turning point for the 21-year-old.

Partnering him in attack is Jordan De Goey. He's not a traditional full-forward but after playing out of the goalsquare and booting five goals against a powerhouse side in Richmond, his selection was undeniable. 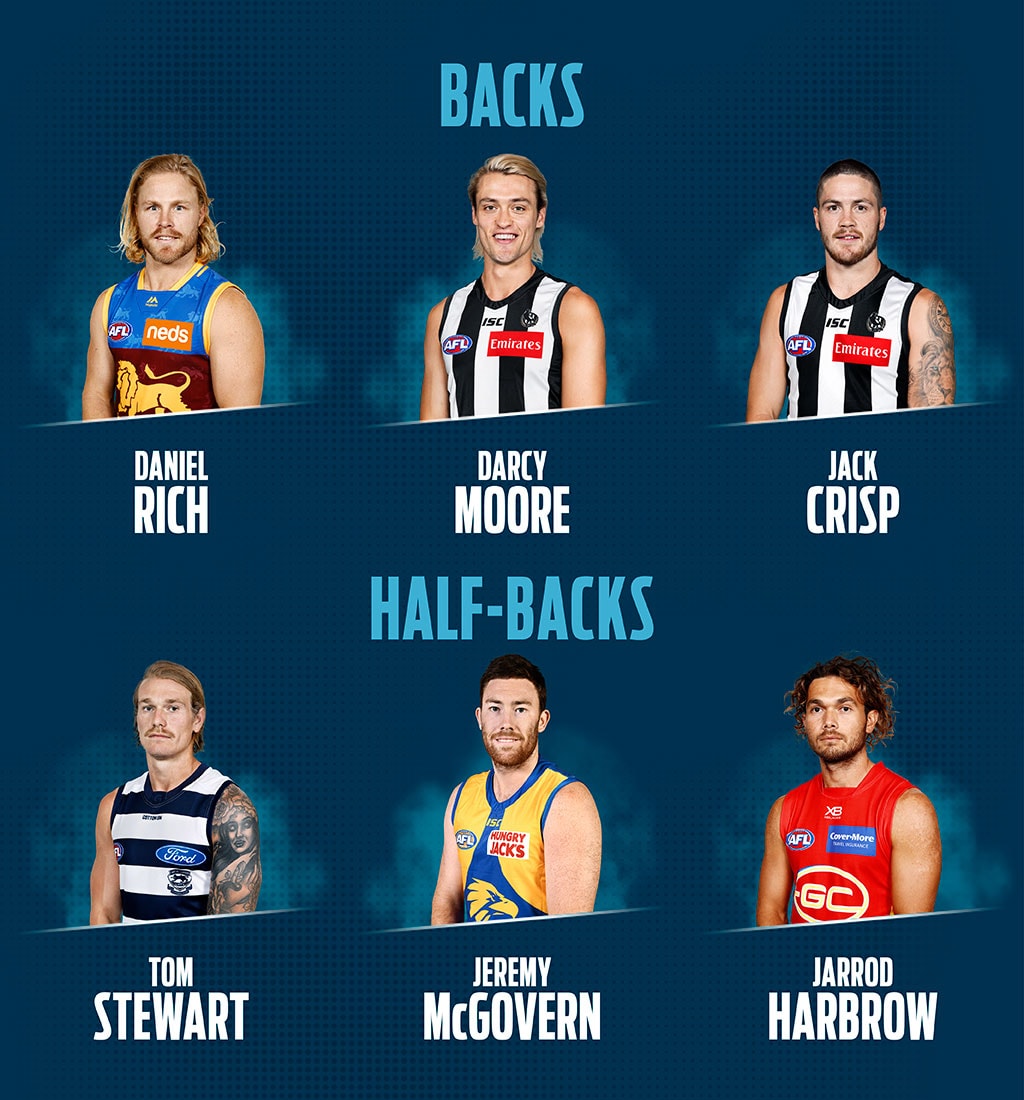 Brisbane had plenty of drive out of the back half through Daniel Rich. Triple Coleman medallist Jack Riewoldt was kept goalless, largely by Darcy Moore, while Jack Crisp offered plenty of rebound and quality delivery. The Geelong defence held firm under an avalanche of inside 50s against Melbourne and Tom Stewart was a big reason. Reigning premiers West Coast returned to the winners list and Jeremy McGovern, unsurprisingly, played a starring role. Jarrod Harbrow mopped up plenty of Fremantle's forays forward and was creative with the footy. The most dangerous player on the ground in Freo's loss to Gold Coast was Bradley Hill. Opposition teams will have no answer for Patrick Dangerfield this season, who is back to his absolute peak. Hugh McCluggage was important in the final term as Brisbane reeled North Melbourne in, while Lachie Neale had four centre clearances in the last quarter alone. Scott Lycett is flourishing at Port Adelaide and Norm Smith medallist Luke Shuey blitzed it against Greater Western Sydney. Schache and De Goey were match-winners, and so was Jade Gresham for St Kilda. Jack Martin missed chances in front of goal but was hard and had clean hands in a sloppy game. The Cats look like a different outfit, partly because of the forward pressure Luke Dahlhaus offers. Ever dangerous for Hawthorn was Jack Gunston. 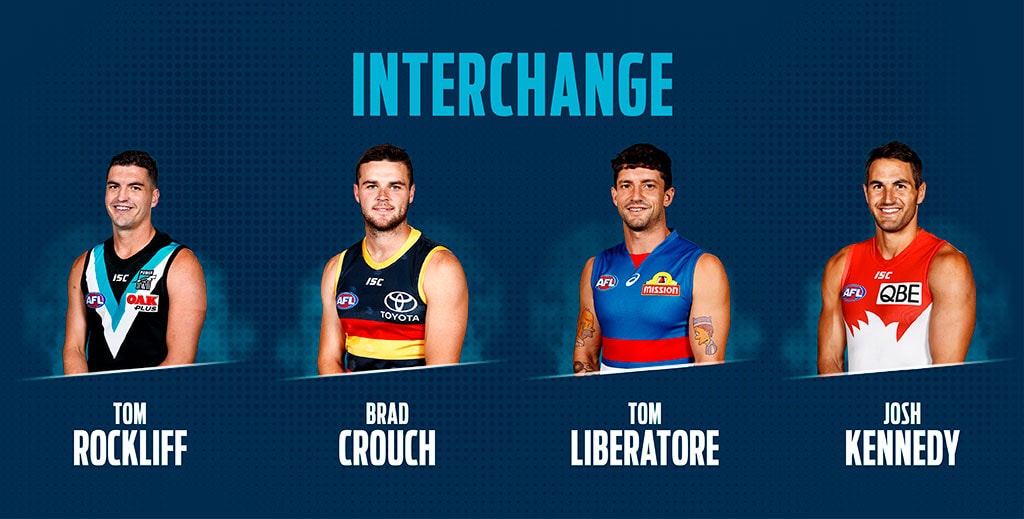 It seems Tom Rockliff is back to racking up disposals for fun. Brad Crouch showed what a huge loss he was for Adelaide last year, when injury wiped him out of 2018. Another who's returned in outstanding form is Tom Liberatore. In a losing team, Sydney onballer Josh Kennedy fought hard all night.