A Captain responding under pressure and a couple of Port Adelaide lesser lights have won inclusions in the round 20 Team of the Week.

After weeks of scrutiny over his own performance, Adelaide skipper Taylor Walkeranswered strongly on Saturday night with four goals in his team's crucial win over St Kilda.

The Crows' crosstown rival, Port Adelaide, also secured a valuable four points against Essendon, with Dan Houston and Darcy Byrne-Jones providing invaluable contributions and earned their first Team of the Week selections for the season.

Elsewhere, it was the game's biggest-name midfielders that dominated the 22. 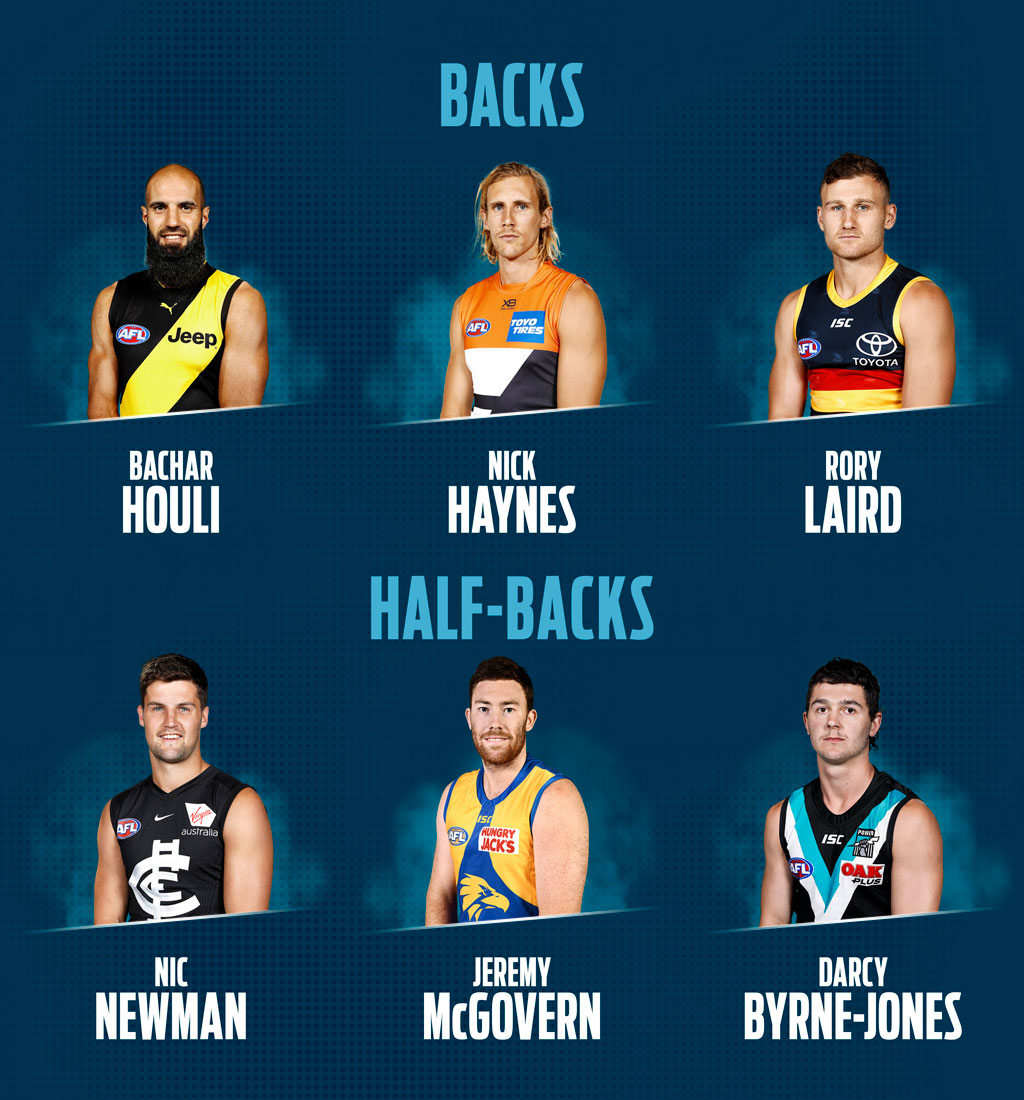 For the second successive week, Nick Haynes was crucial in a tight Greater Western Sydney victory, hauling in 12 marks (four contested) among 18 disposals in his team's win over Sydney. Jeremy McGovern was at his intercept-marking best against Carlton, pulling down 13 grabs, while Byrne-Jones (25 disposals), Bachar Houli (32) and Rory Laird (38 and 12 marks) offered great rebound in their respective teams' victories. Nic Newman (24, 11 marks and four goals) was outstanding in a losing cause for the Blues. 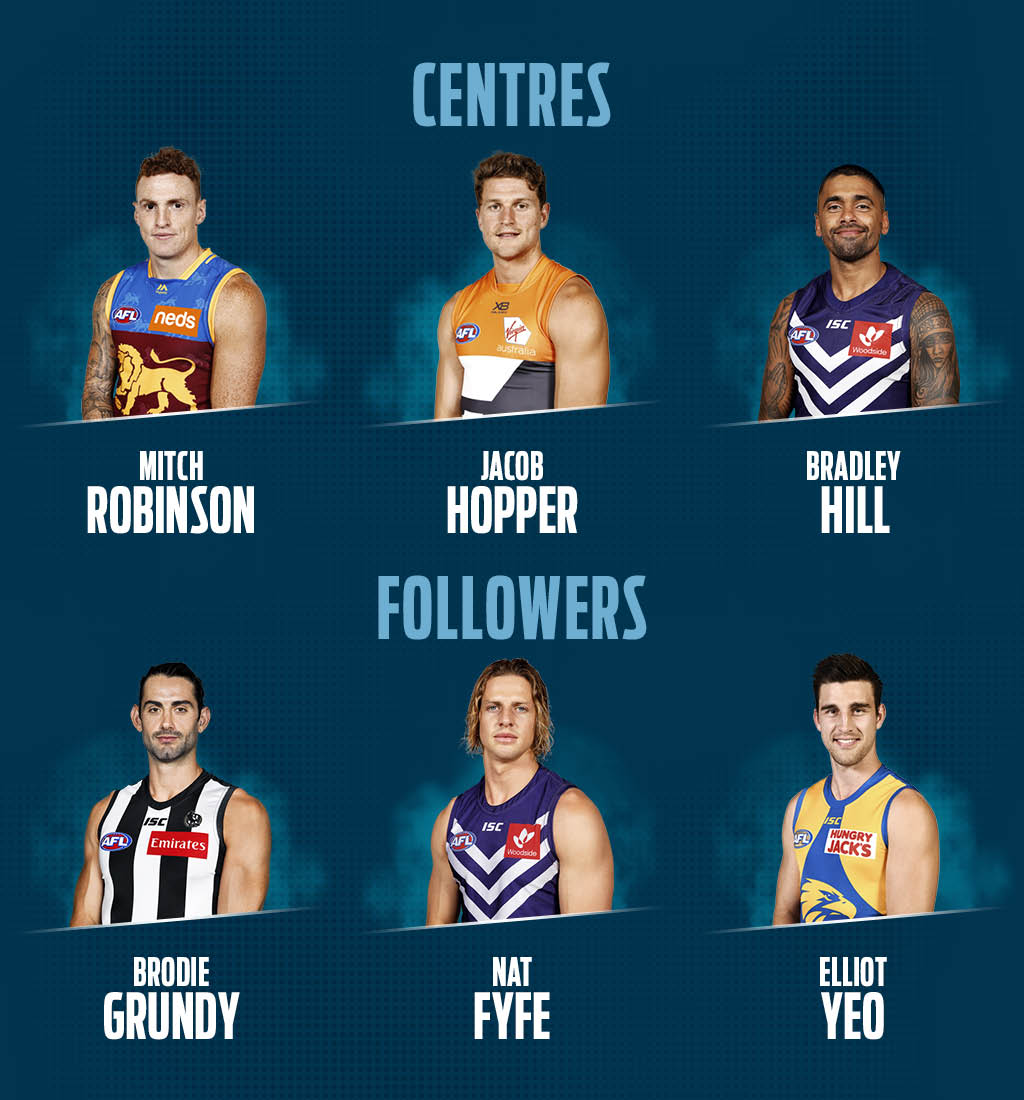 Like usual, it was a tough midfield to crack. Mitch Robinson not only offered plenty with the ball (24 disposals and two goals), but just as much without it, physically imposing himself in Brisbane's win over the Western Bulldogs. Bradley Hill grabbed the other wing spot for his prolific outing in Fremantle's upset win over Geelong. Brodie Grundy outpointed former teammate Jarrod Witts, while Jacob Hopper was best afield in the Sydney Derby. Fyfe led from the front against the Cats and Yeo added 25 disposals and 10 tackles while curtailing the influence of Carlton superstar Patrick Cripps. 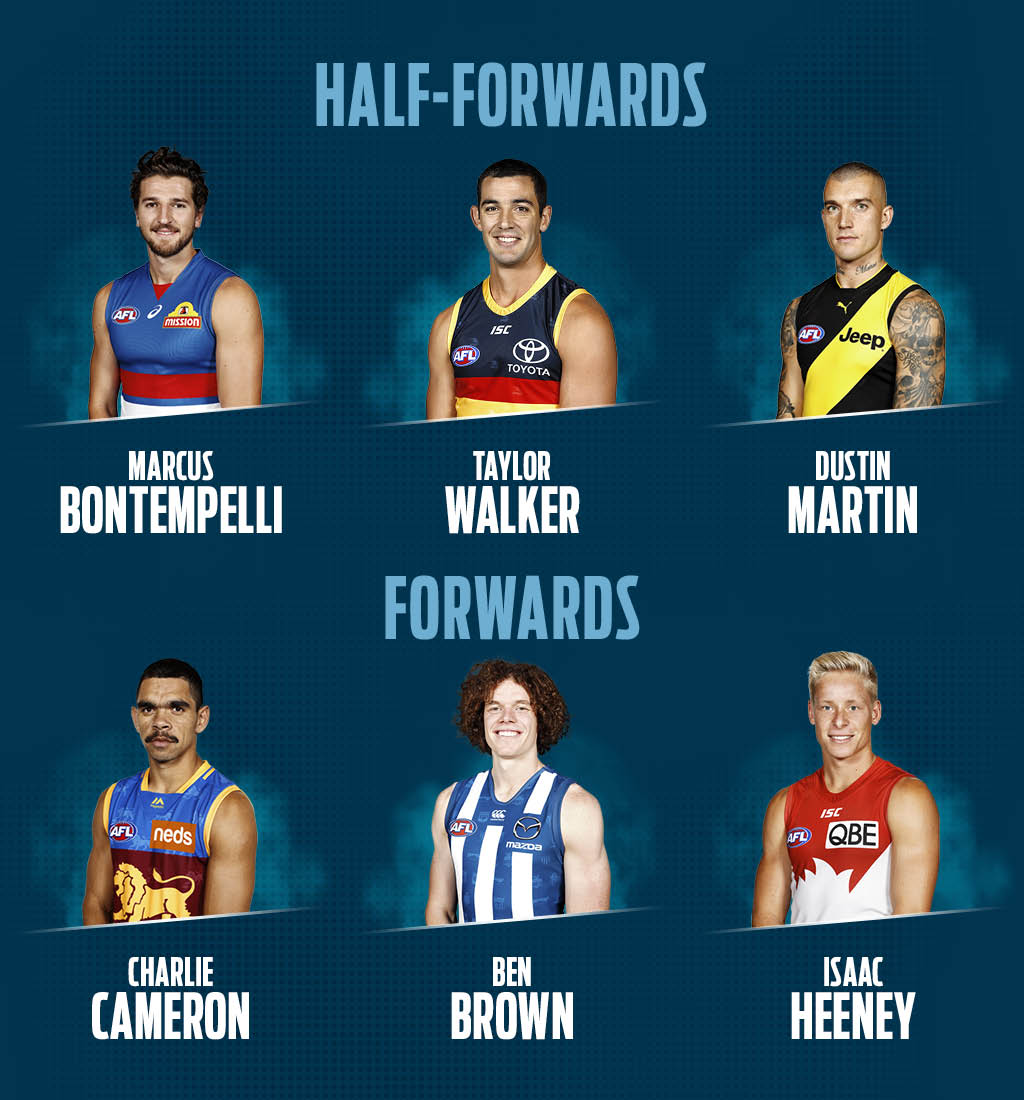 It was a much leaner week for the key forwards than round 19, but Walker stood tall for the Crows and Ben Brown (4.3) was a handful for Hawthorn's defence as North Melbourne broke a three-match losing streak. Charlie Cameron (four goals) continued his stellar season against the Bulldogs, while Isaac Heeney also kicked four goals and almost helped the Swans to an upset over the Giants. The output of Bontempelli (35 touches and 716m gained) and Martin (best afield with 34 disposals and a goal) was enough to earn them half-forward nods. 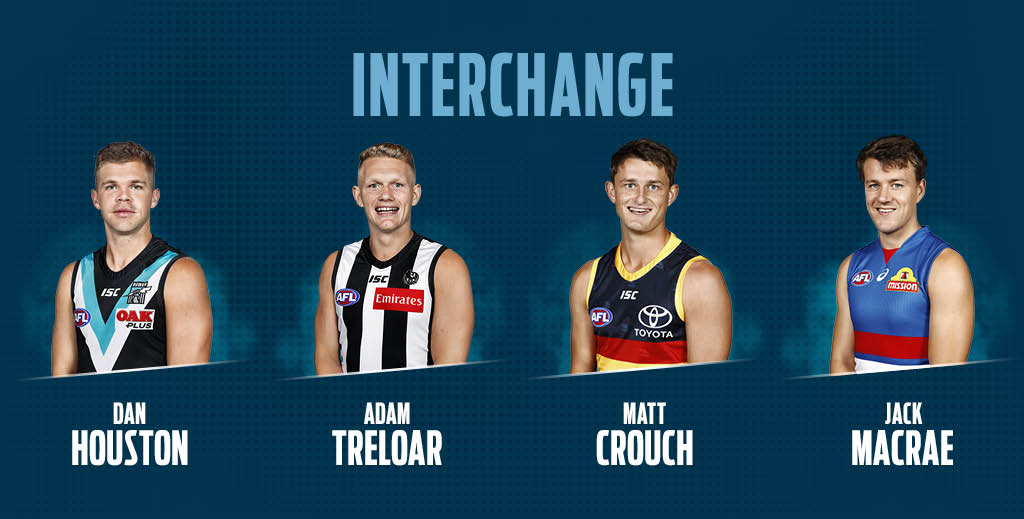 Collingwood's thumping of Gold Coast got a few players back into form, including Adam Treloar, while Jack Macrae's 45 touches (21 contested) and 12 clearances could not be overlooked. Houston was a clear best afield in the Power's upset victory over the Bombers, kicking two goals among his 29 touches. Matt Crouch was prolific against the Saints.

WAFL: Peel downed in a thriller