After each round, fierce debate ensues in the AFL.com.au office to assemble the Team of the Week.

Journalists who cover games use their expertise to recommend who deserves to be in the elite side, while the tireless production editors, who watch more matches than anyone else, help whittle that list down to 22.

Based on how many nominations each player has had this season, a mid-year All Australian team has been formed.

Now, it's not a perfect exercise. Six clubs are yet to have their bye, skewing the numbers.

There was also the issue of splitting players when they had an equal amount of nominations. In those situations, the individual who has lined up in fewer games this season was picked.

For example, Richmond superstar Dustin Martin and gun Adelaide onballer Brad Crouch have each scored four nominations, but the former got the nod because he has played 12 times, compared to the Crow's 13.

The line-up has been picked relatively true to position. Marcus Bontempelli and Stephen Coniglio stationed on half-forward flanks might raise eyebrows, but each has spent enough time in attack to justify those spots.

However, that principle left one individual very stiff: Travis Boak. His form has been unbelievable, and his five nominations reflects his tremendous output.

There's a fair argument to say he should be in the starting 18 over Bontempelli, who has been nominated four times.

That choice was made because Boak is more of a pure onballer. But then, why did breakout Geelong star Tim Kelly, who was nominated on the same number of occasions as Boak, pip the revitalised Port midfielder as rover?

It came down to Kelly leading AFL.com.au's Brownlow Predictor and the Coaches' Association Player of the Year Award.

That might be unfair logic to apply, because those awards perhaps shouldn't have any relevance to this exercise, but there had to be some determining factor.

Max Gawn was also unlucky. His five nominations are equal for second-most, but since most sides field just one ruckman, Brodie Grundy's six prior selections edged him out.
Number of nominations 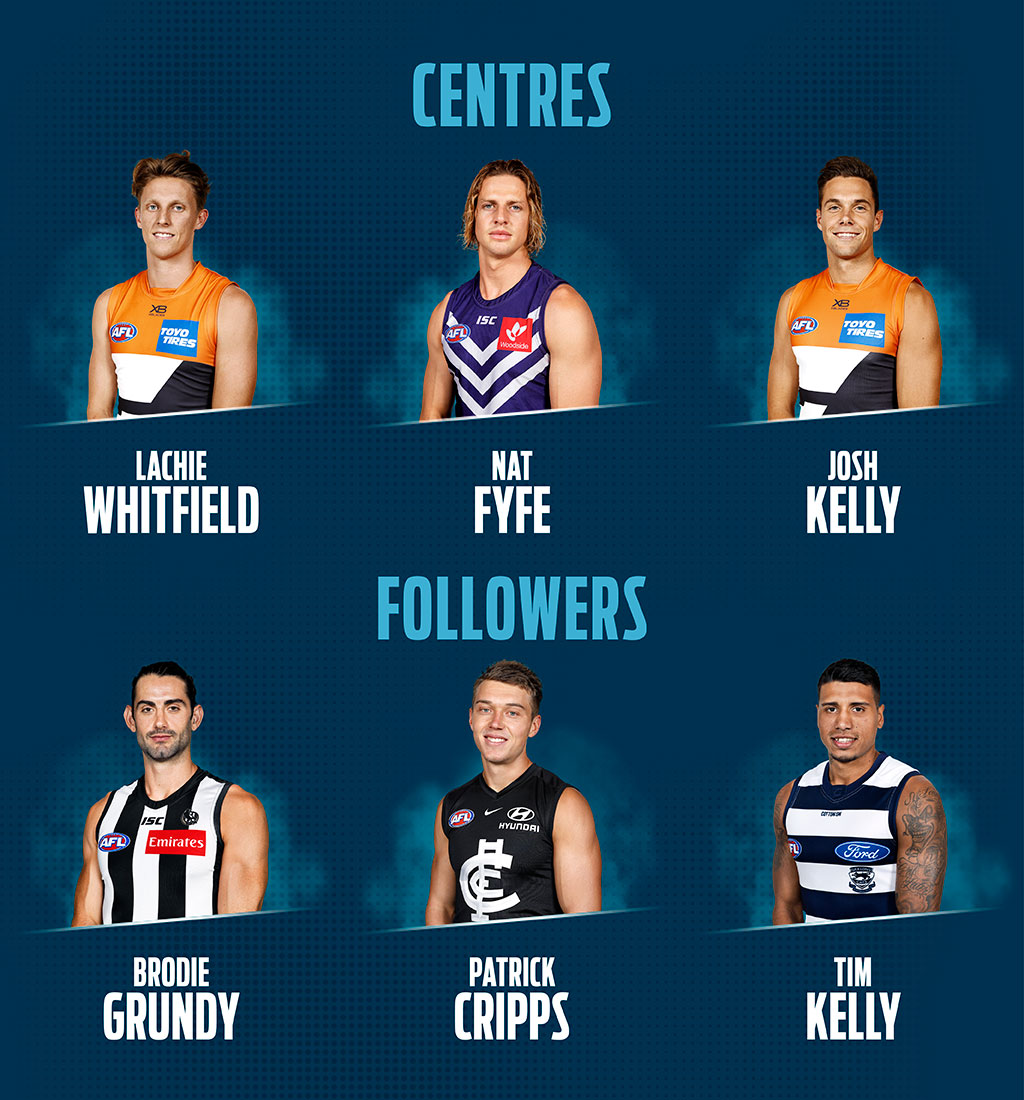 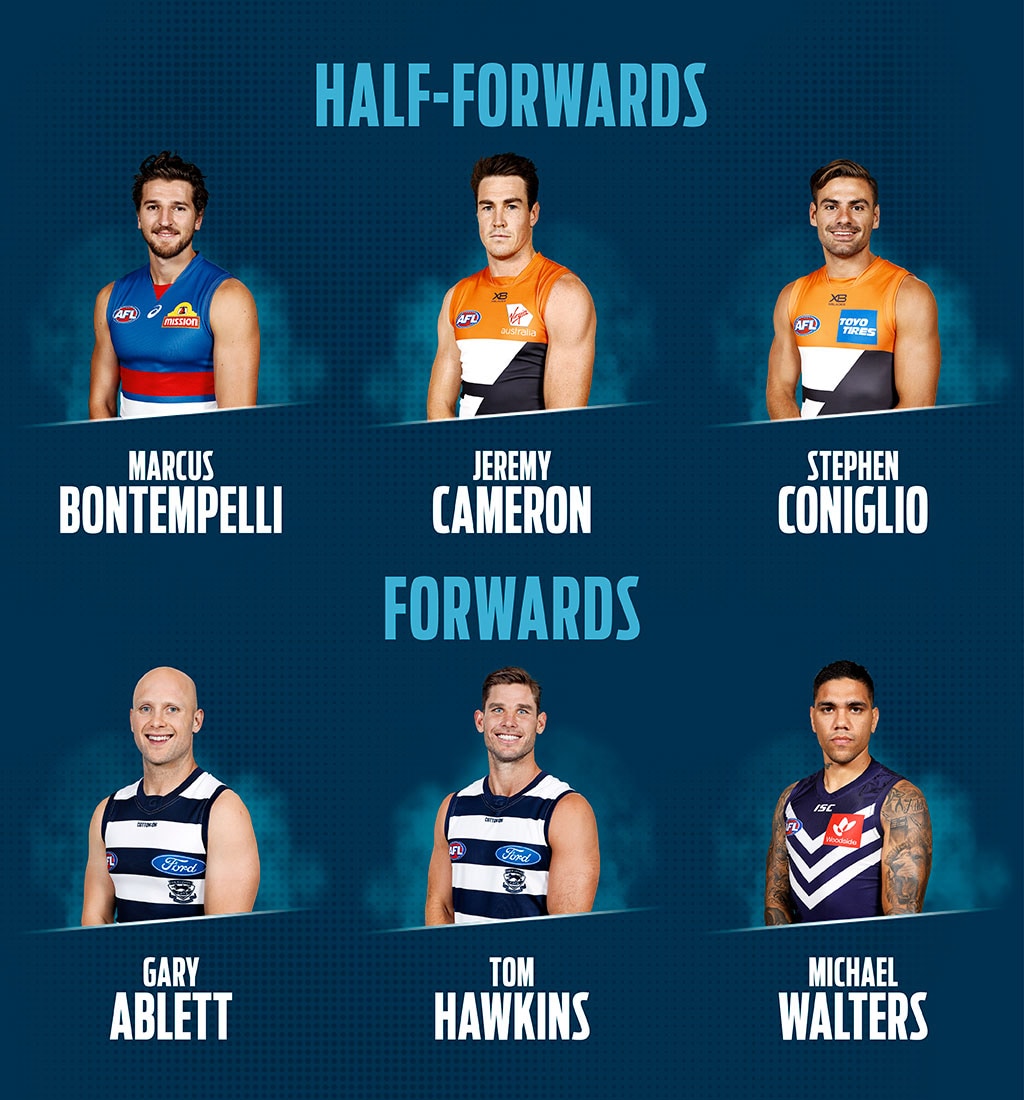 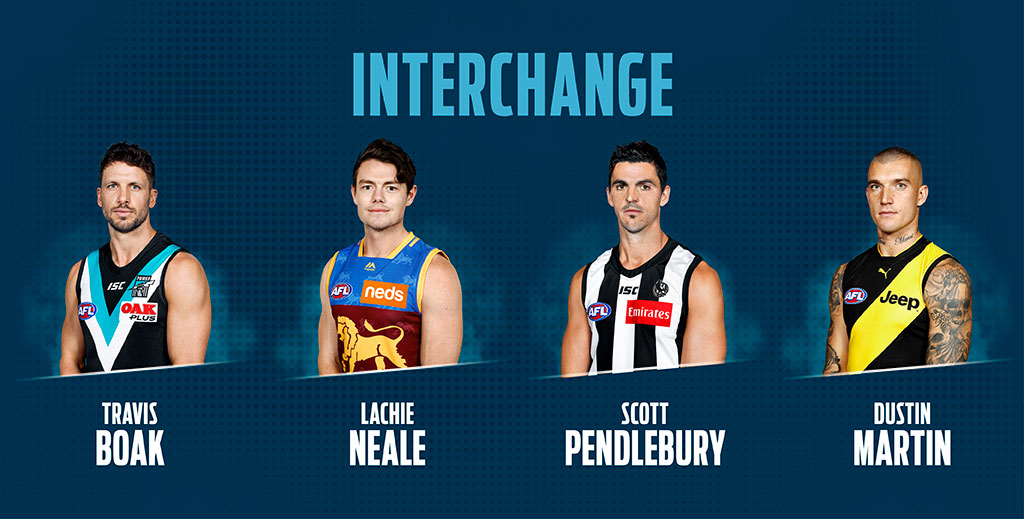 Hogan builds his fitness base